Happy 2022 from the Public House Crew! Closing out a year and jumping into a new one is always an extra special time at the brewery.  We come together to reflect on all the places we’ve been and to plan for where we are headed. It’s also our official anniversary, as we first opened our doors and taps on a cold mid-December day in 2010. Little did we know that the good folks of Rolla, MO would drink us dry in a matter of days! Never would we deny the people beer, so we made more, and the rest is history. 🍻

Celebrating eleven years of Public House at the Ale-Iversary Bash on Saturday, January 15th at the Rolla, MO BrewPub. There’ll be live music by John Pratt, Ozark Snappers, Bliss Hippy, and Trilogy from 6 pm  – 10 pm. In keeping with tradition, the Public House blessing will be read, and This Creature Beer barleywine ale will release during the event. This Creature Beer is a Pub exclusive and will be available in draft and 4-pack 12-ounce cans. Pub Manager Danyelle and her team will feature Pork Tacos as a special menu item – pair it with a pint of Flynn’s, and you’re headed right down to flavor town. Thank you for your love and support along this journey, and we can’t wait to see you at the Pub!

Flynn’s Irish Red Ale and it’s St. Pat’s-inspired Best Ever labeled counterpart return to our taps and across Missouri in the coming weeks. We’ll tap Flynn’s at both locations the Friday before the Ale-Iversary event, and you’ll see it hit your favorite spots and store shelves around the same time. We’re holding back Best Ever just a bit, and we’ll see those unique labels out on cans and taps around mid-February.

It’s baaaaack! You asked, and we brewed! Level 2 Fall Risk Double IPA returns on tap and in six-pack cans and a brand new label design! Previously released in the Campus Werks series, Level 2 Fall Risk is intensely hoppy without being too complex or malty.  The addition of orange blossom honey adds hints of fruity aromas to the background. With a clean, dry finish, it’s approachable and highly drinkable. Brewer Jason Stacy, for whom the beer was originally brewed, says it best, ” It is very well balanced and a bit dangerous”. Look for the release of Level 2 Fall Risk later this month. 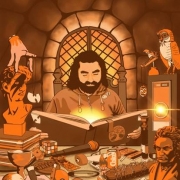 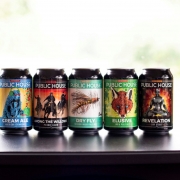 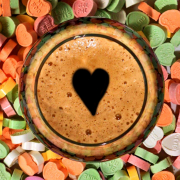 Trivia Night at the Pub!
0 replies