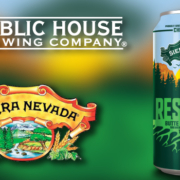 We’ve committed to brew our version of Sierra Nevada’s “Resilience IPA” with 100% of funds raised going to help the wildfire victims. The Resilience IPA recipe was created by a California-based brewery, Sierra Nevada especially for this fundraiser and brewery founder, Ken Grossman, wrote a letter asking every brewery in the U.S. to do the same. The recipe has been shared with breweries that have committed to also brew the beer in hopes to get Resilience IPA in taprooms all over the country. The scale of the beer will hopefully create a solid start for the Butte County community’s future.

This is a tremendous collaborative effort spearheaded by Sierra Nevada with hundreds of breweries across the country joining in on the efforts. We wanted to contribute our part as a local brewer and allow our community to support the cause as well.

Donations can also be made directly to the Sierra Nevada Brewery Camp Fire Relief fund via the Golden Valley Community Bank Foundation website.